The Inspiring Phrase Written on my Whiteboard 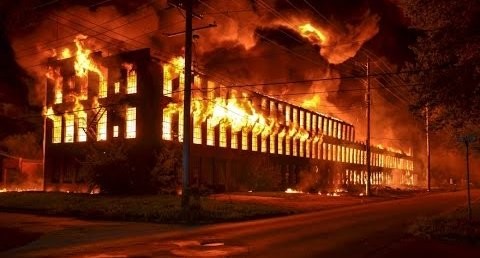 There is a well-known story dating back to 1914 involving Thomas Edison and the loss of his factory due to an enormous chemical-fueled fire that raged destructively. After being roused awake with the news, he reportedly instructed his son to “go get your mother and all her friends. They’ll never see a fire like this again” and was later overheard by the New York Times saying, “although I am over 67 years old, I’ll start all over again tomorrow.”

Mr. Edison was a subscriber to the Stoic school of Greek philosophy embodied by the phrase:

which translates into “love of fate.” It is the idea that the path to happiness for humans is found in accepting that which we have been given in life and by not allowing ourselves to be controlled by our desire for pleasure or our fear of pain.

It is impossible to imagine that the great inventor didn’t view his extraordinary loss as tragic. Yet as Nassim Taleb describes, a Stoic is someone who actively “transforms fear into prudence, pain into transformation, mistakes into initiation, and desire into undertaking.”

The list of potential obstacles in the life of an office leasing broker is too long to list and the very thought of compiling one induces agita. Stoicism and Amor fati reminds me to remain psychologically nimble and provides me the tools to turn even gross misfortune into an eventual positive.